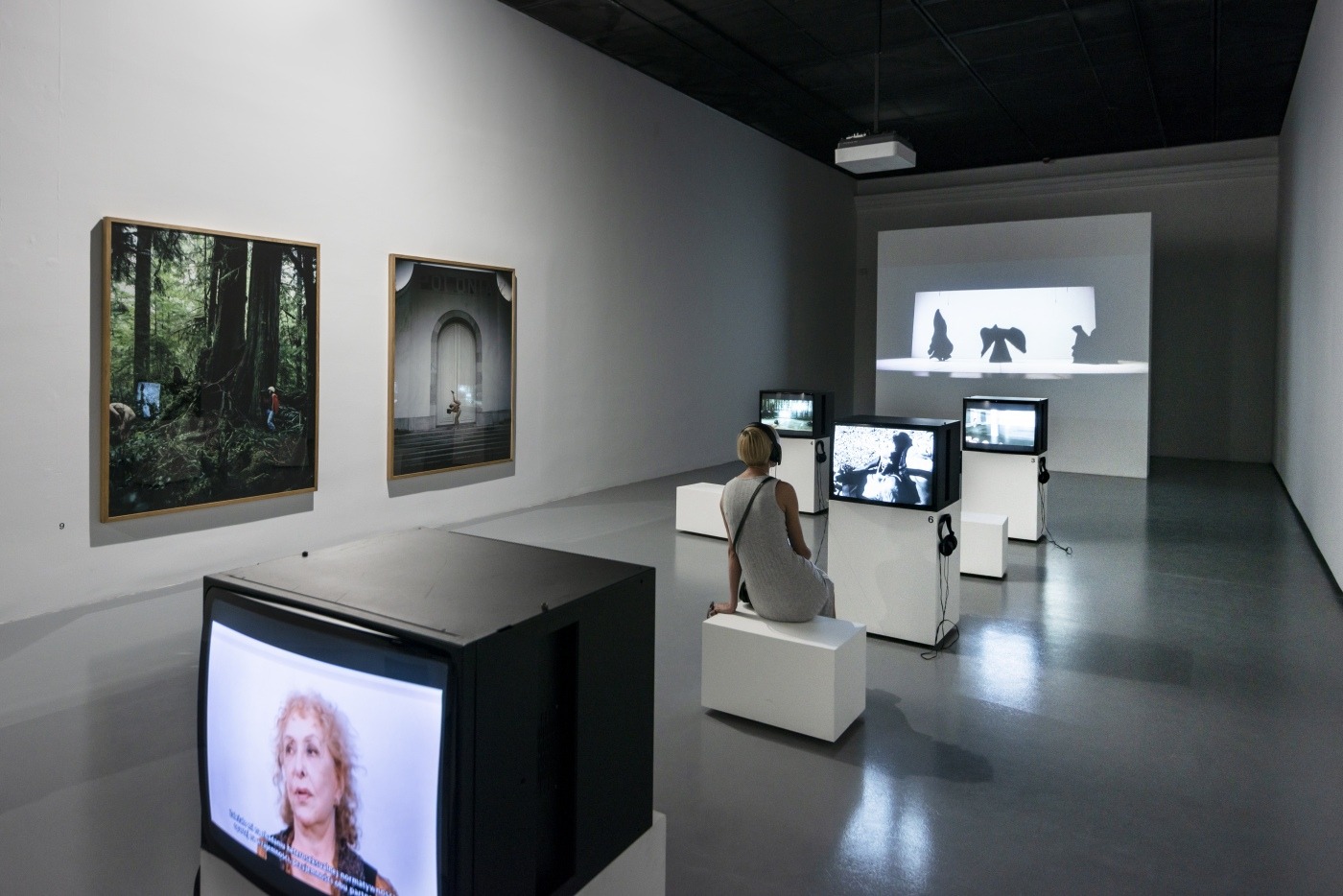 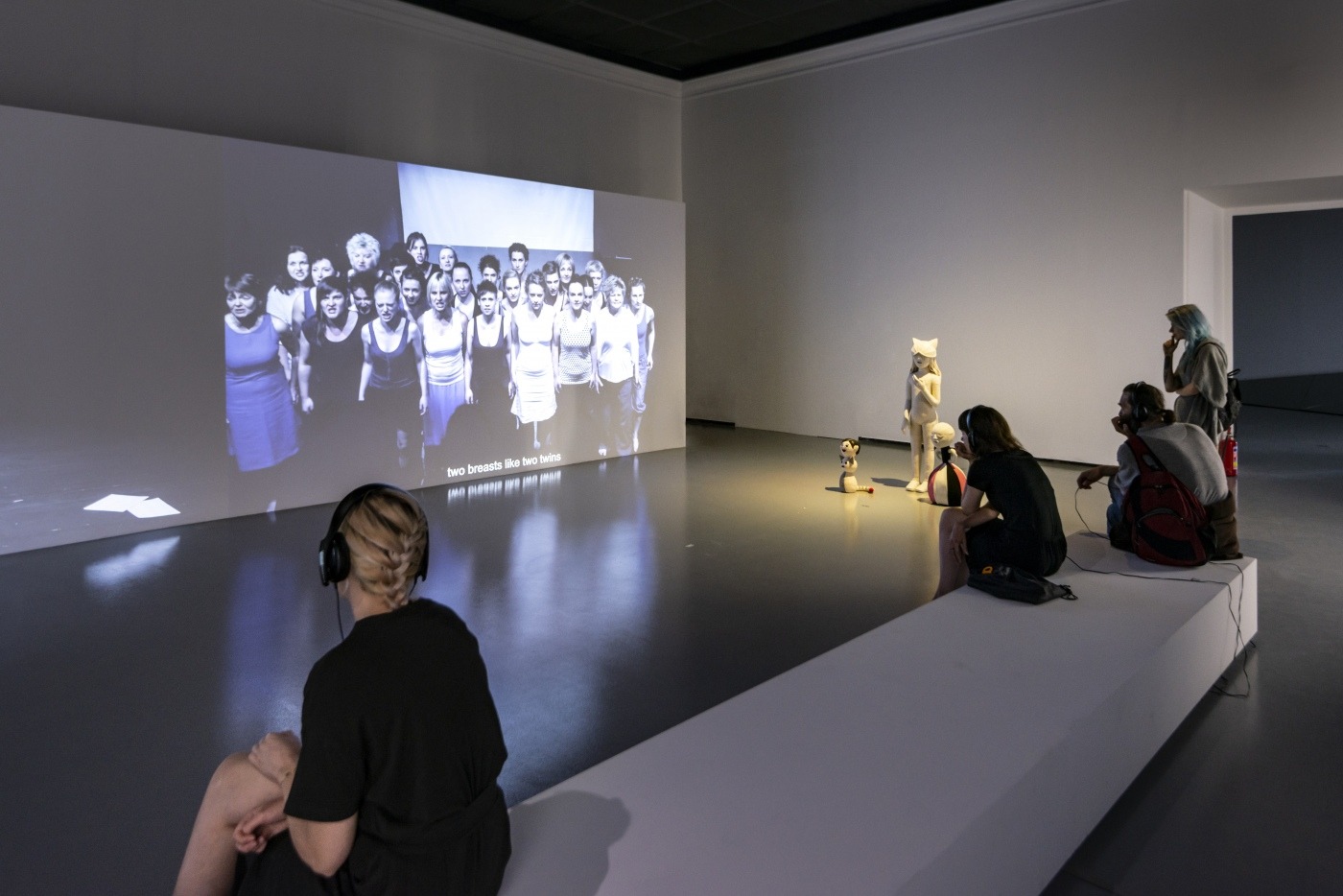 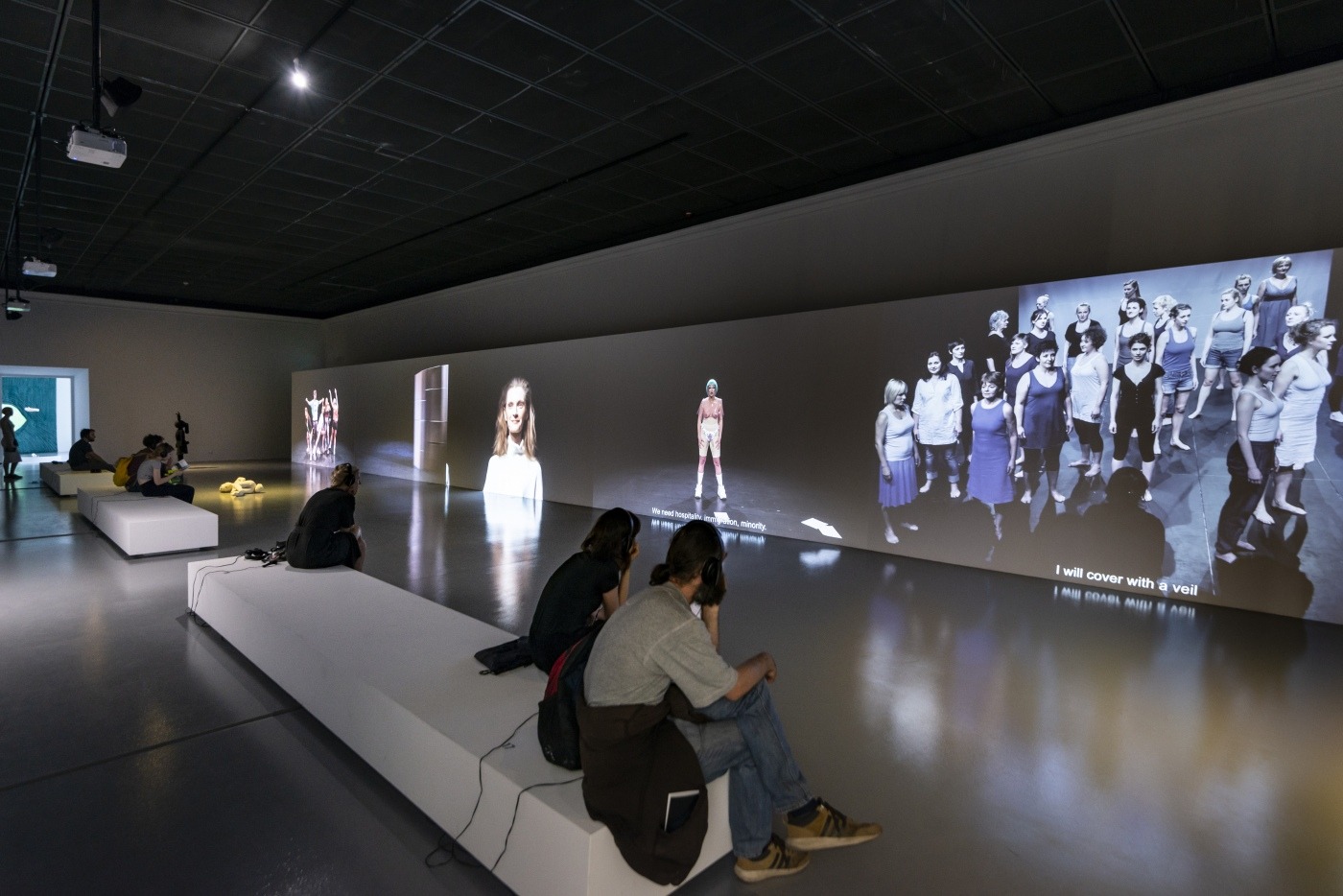 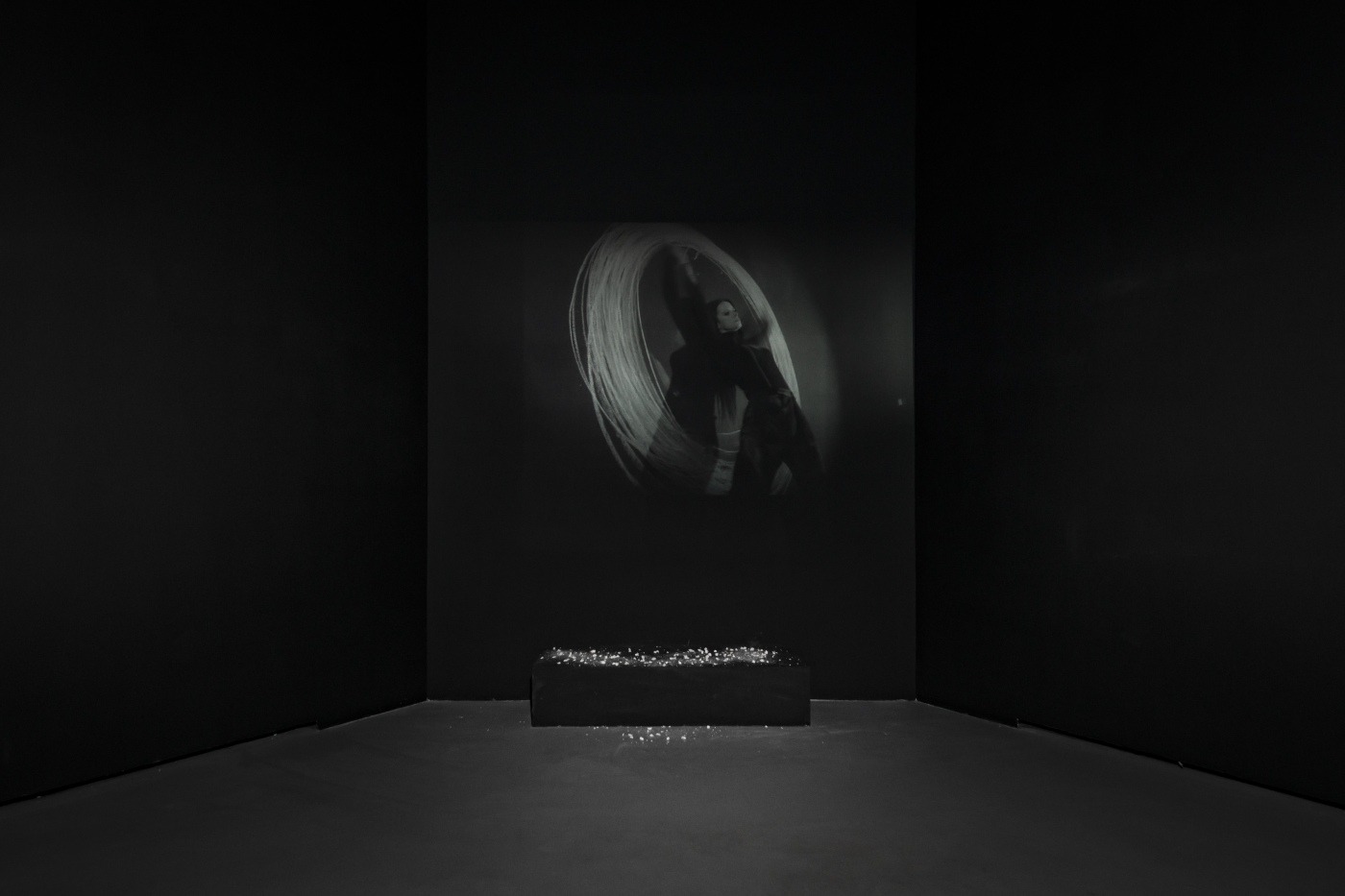 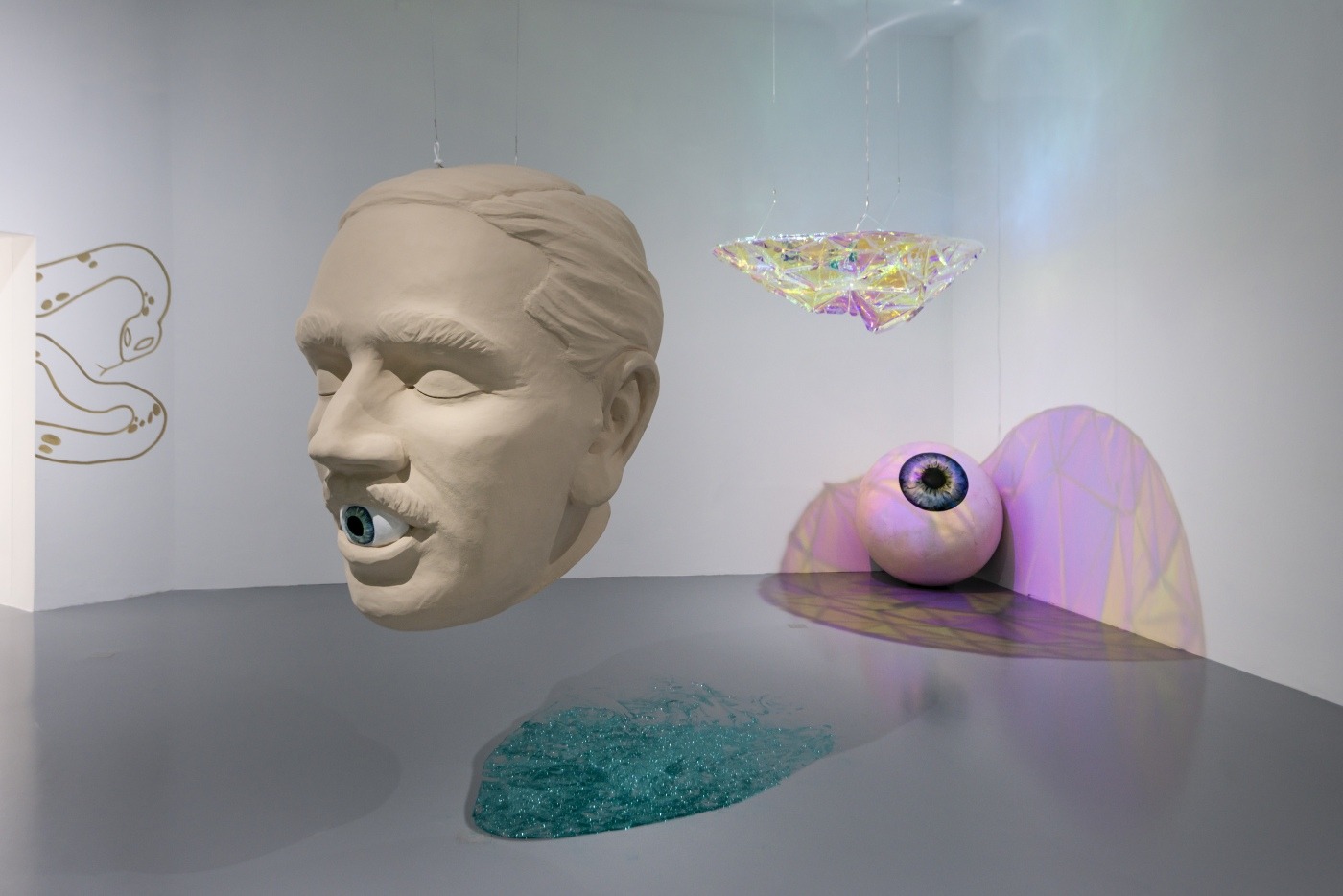 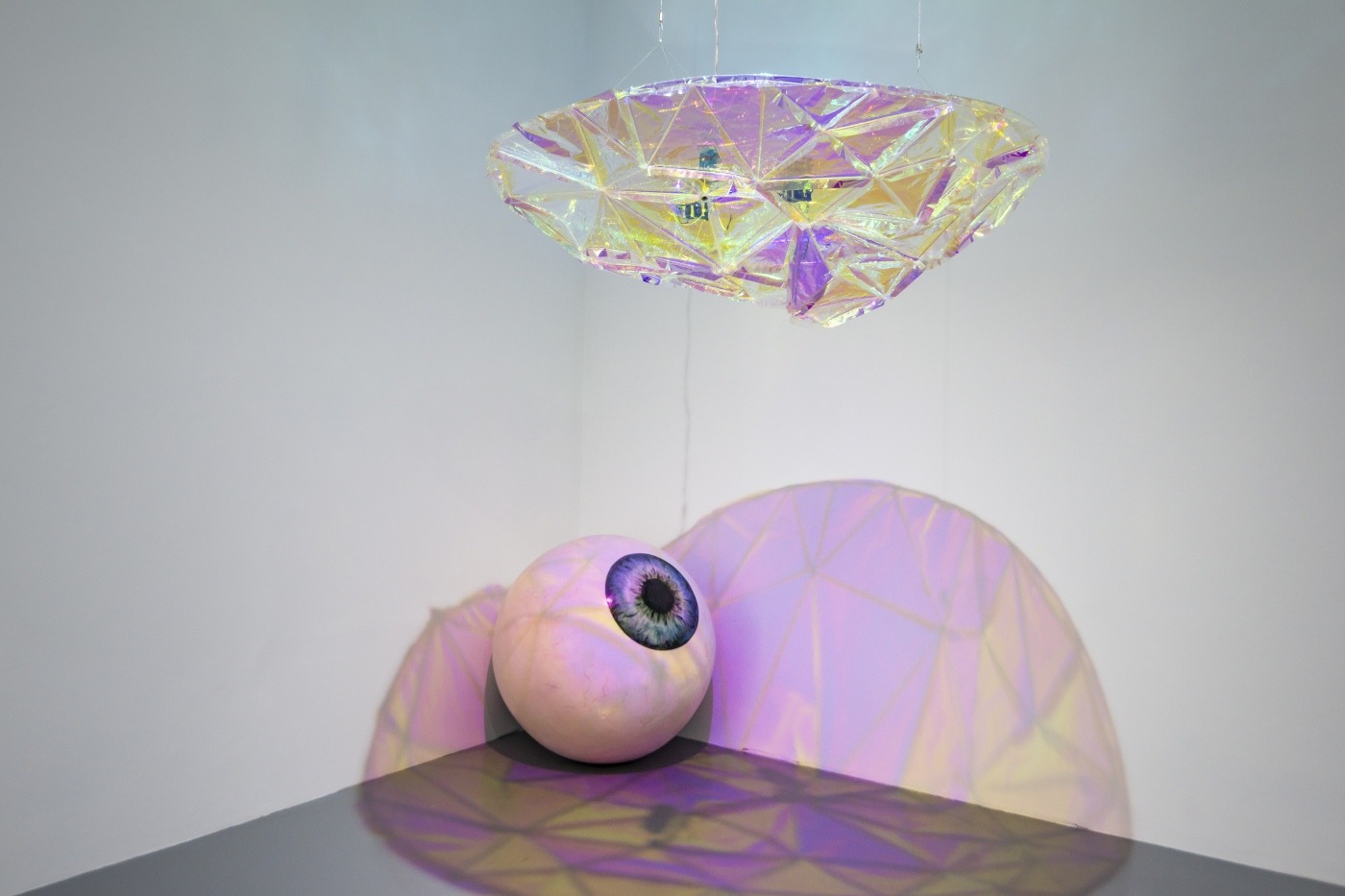 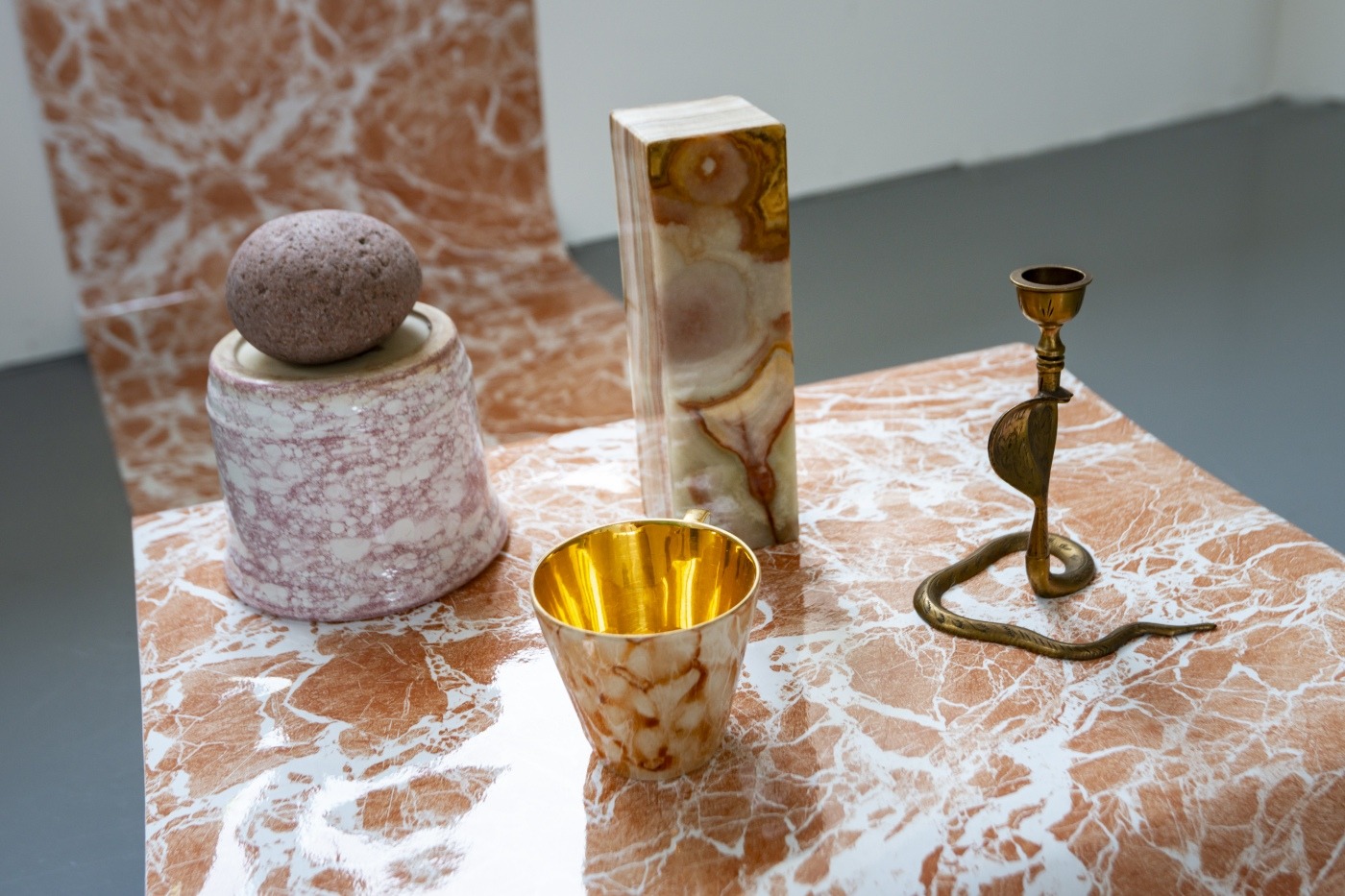 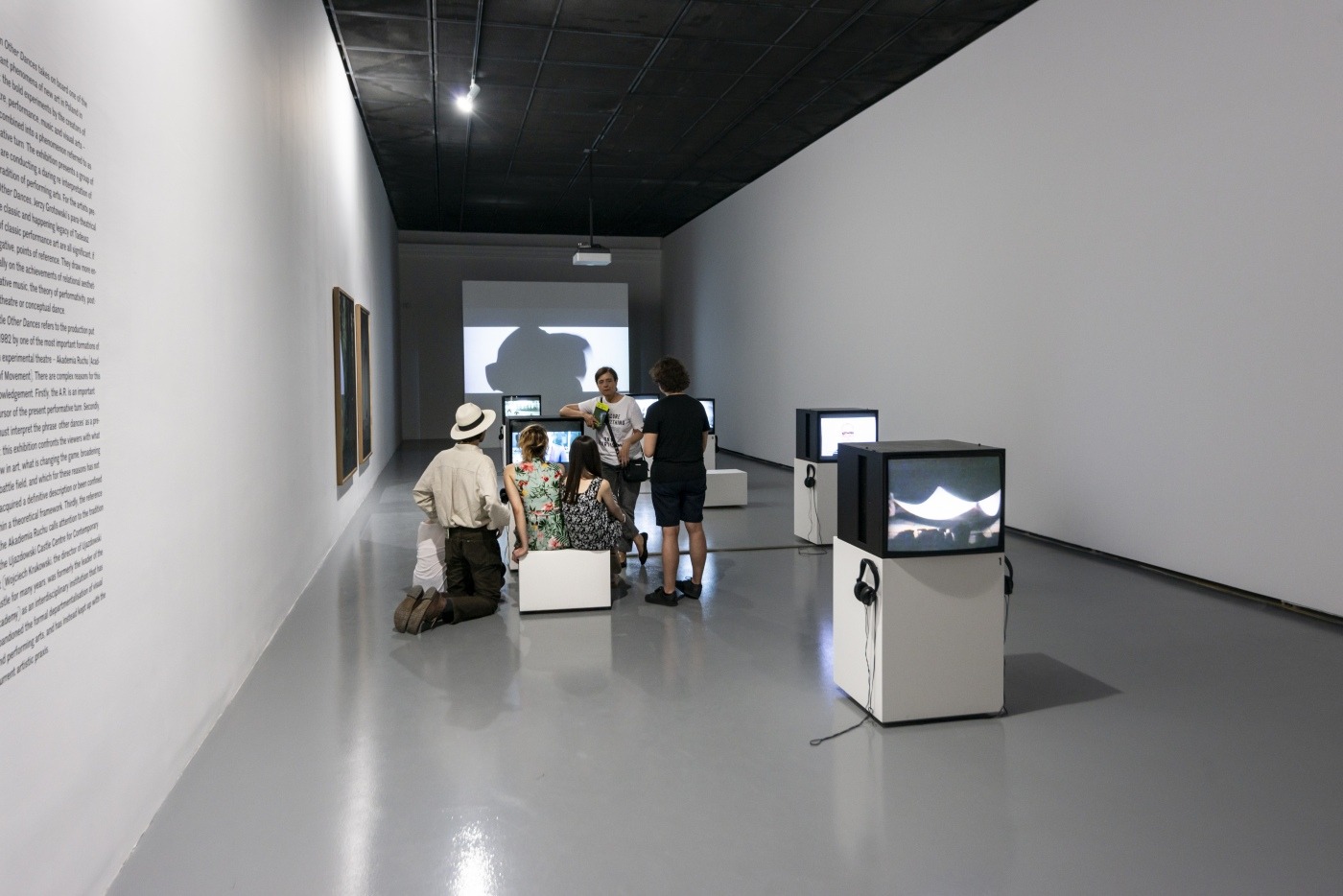 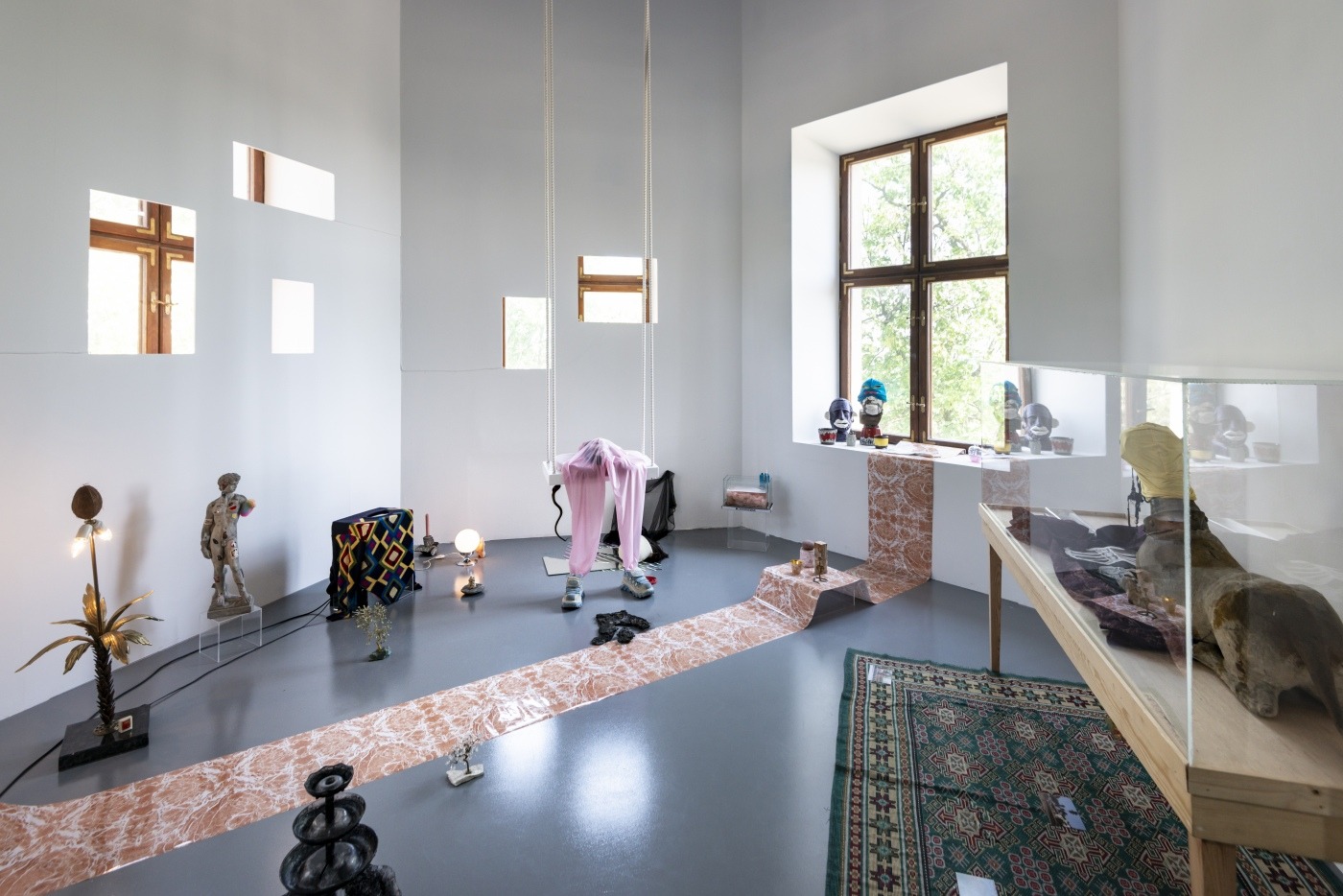 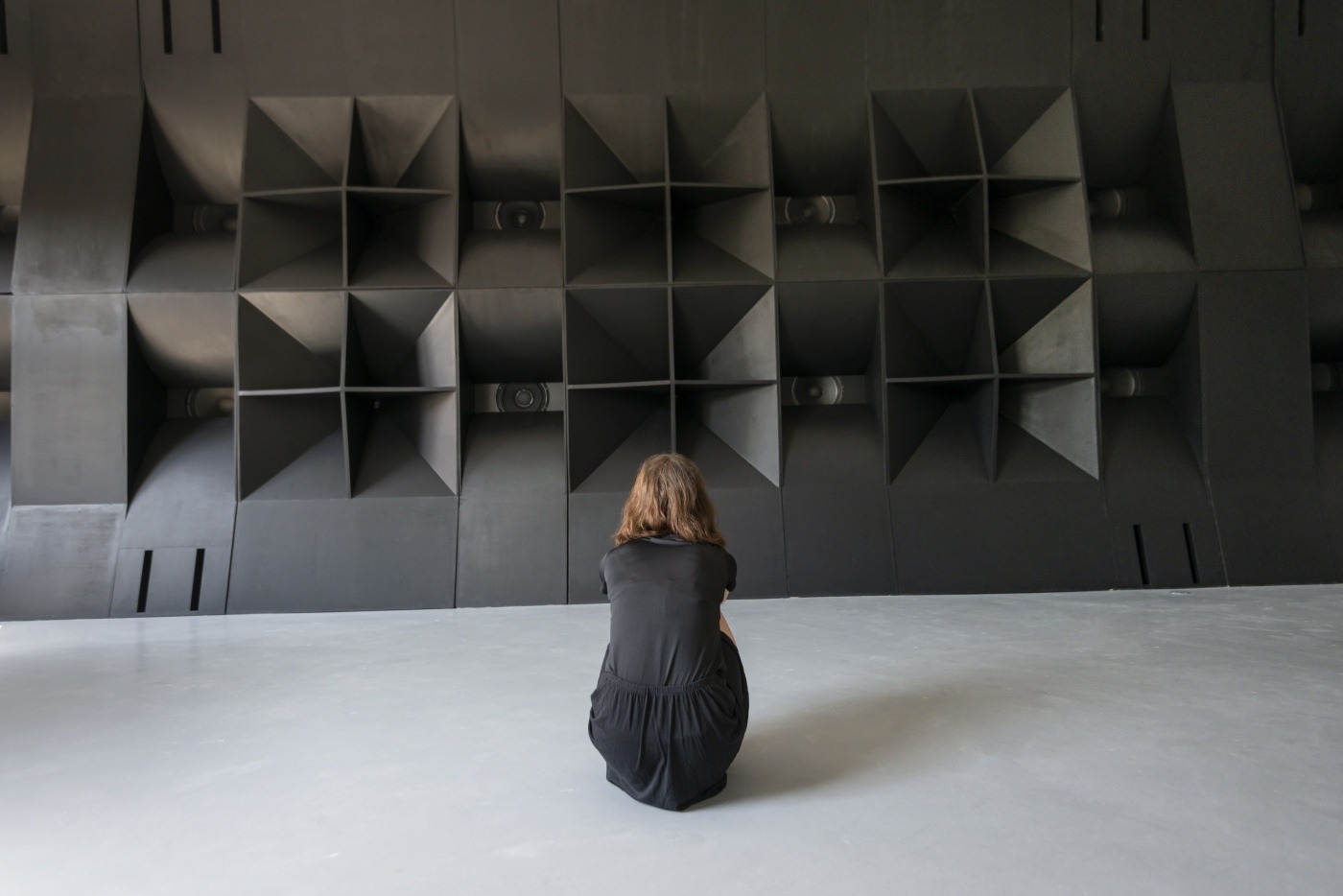 Other Dances: exhibition view at the Ujazdowski Castle Centre for Contemporary Art, Warsaw, 2018. Photo: Bartosz Górka
The exhibition Other Dances takes on board one of the most significant phenomena of new art in Poland in the recent years: the bold experiments by the creators of dance, theatre, performance, music and visual arts – which have combined into the phenomenon referred to as the performative turn. The works shown at the exhibition include records of groundbreaking productions by Marta Ziółek, Komuna//Warszawa, Anna Karasińska and the Chorus of Women, fragments of eccentric stage sets by Aleksandra Wasilkowska, interactive installations by Krzysztof Garbaczewski/Dream Adoption Society, sound interventions by Konrad Smoleński and Wojtek Blecharz, sculptures and photographs by Aneta Grzeszykowska and the films of Karol Radziszewski.

The exhibition presents a group of artists who are conducting a daring re-interpretation of the Polish tradition of performing arts. For the artists presented at Other Dances, Jerzy Grotowski’s para-theatrical activity, the classical and happening legacy of Tadeusz Kantor or of classical performance art are all significant, if usually negative, points of reference. They draw more enthusiastically on the achievements of relational aesthetics, alternative music, the theory of performativity, post-dramatic theatre or conceptual dance.

The title Other Dances refers to the production put on in 1982 by one of the most important formations of Polish experimental theatre – Academy of Movement (A.R.). There are complex reasons for this acknowledgement. Firstly, the A.R. is an important precursor of the present performative turn. Secondly, we must interpret the phrase ‘other dances’ as a preview: this exhibition confronts the viewers with what is new in art, what is changing the game plan, broadening out the scope for challenge, and which for these reasons has not yet acquired a definitive description or been confined within a theoretical framework. Thirdly, the reference to the Academy of Movement calls attention to the tradition of the Ujazdowski Castle Centre for Contemporary Art (Wojciech Krukowski, the director of Ujazdowski Castle for many years, had been the leader of the Academy) as an interdisciplinary institution that has abandoned the formal departmentalisation of visual and performing arts, instead keeping up with the current artistic praxis.

The performative and discursive programmes that accompany the exhibition are its integral parts, as are the four artistic residencies realised in collaboration with the Institute of Music and Dance and the research project Cartographies of Strangeness. The exhibition Other Dances has been created as a result of two years of research, which included thematic seminars with students from the Institute of Polish Culture at University of Warsaw.
www.u-jazdowski.pl