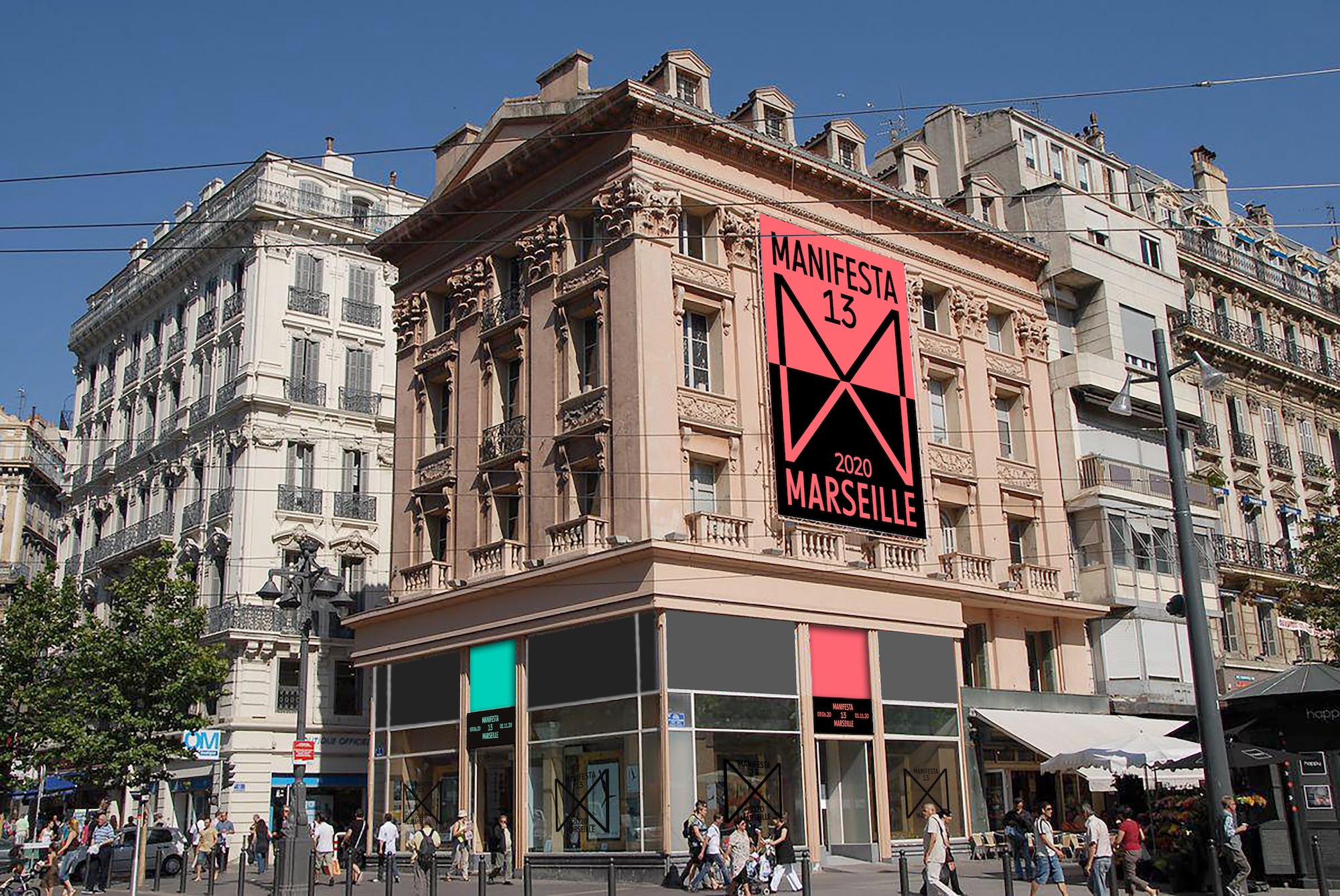 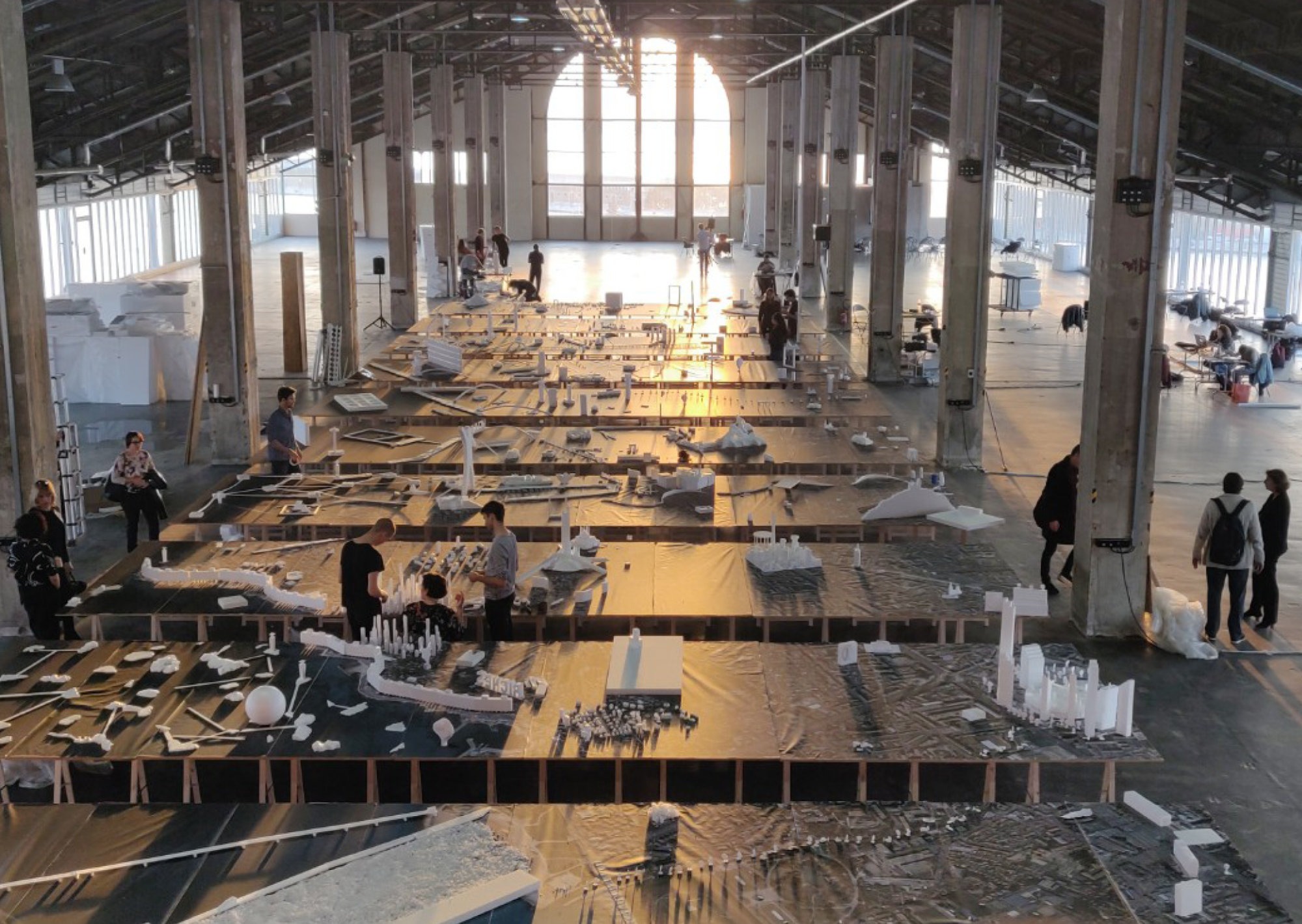 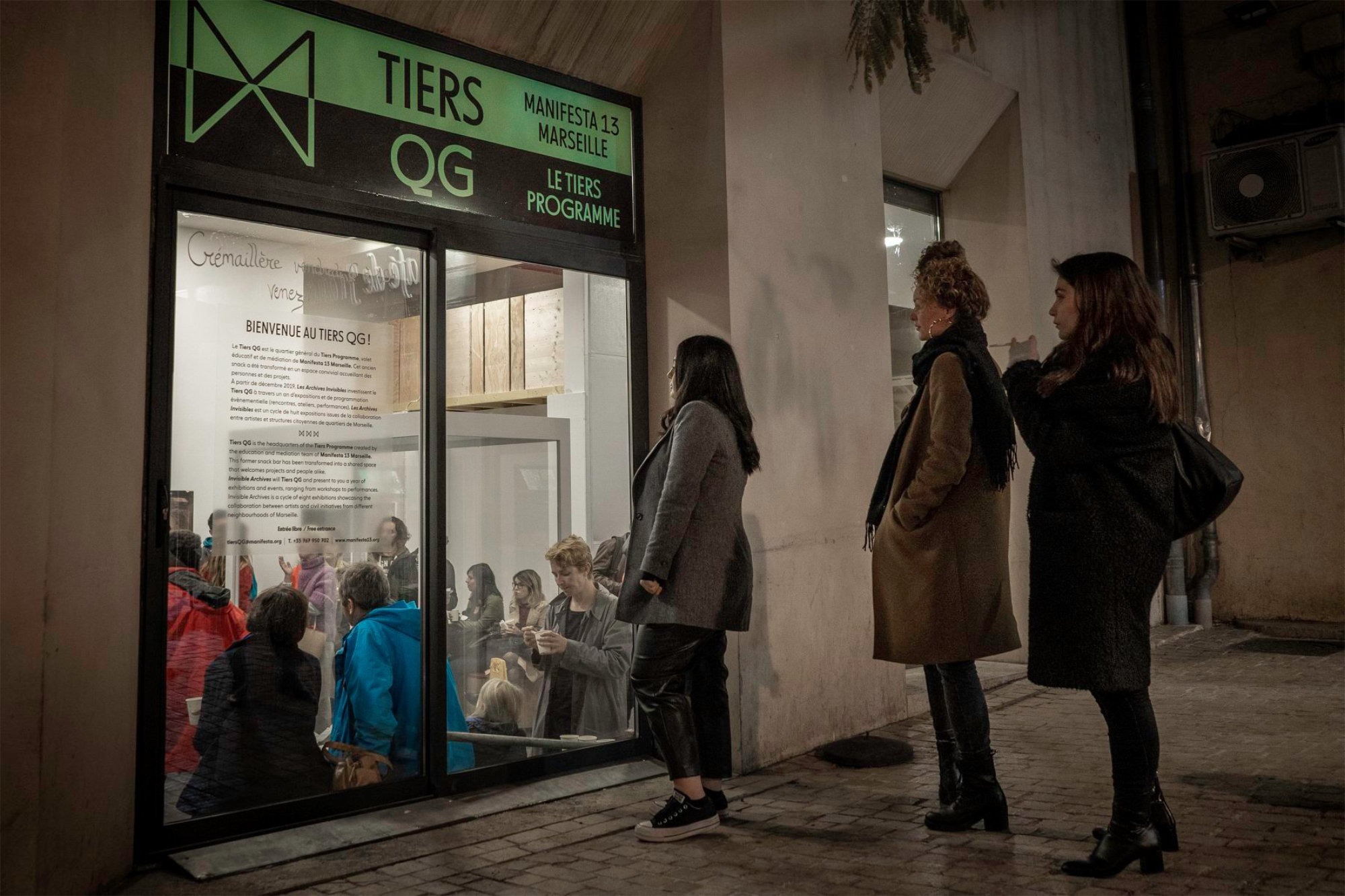 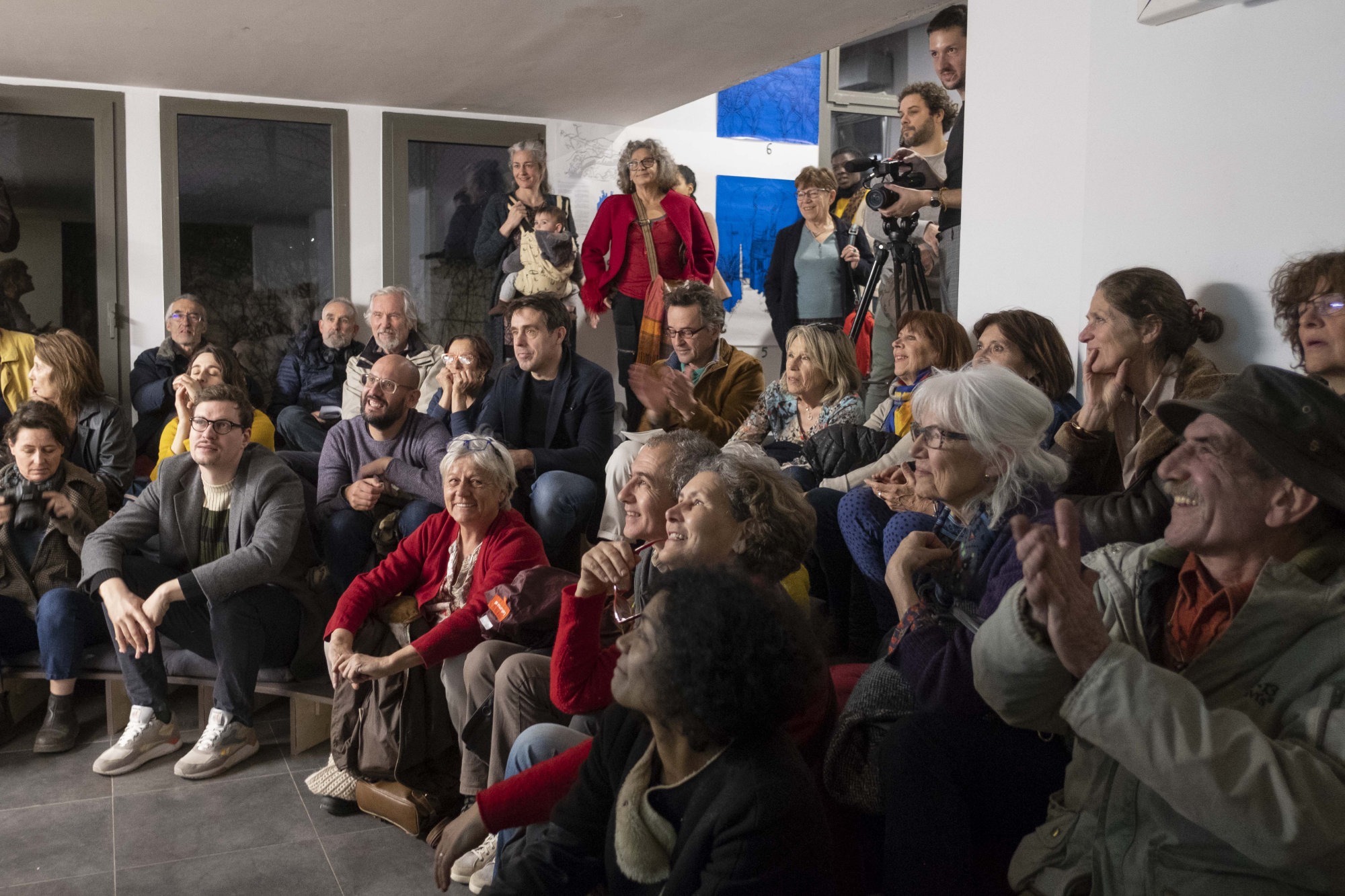 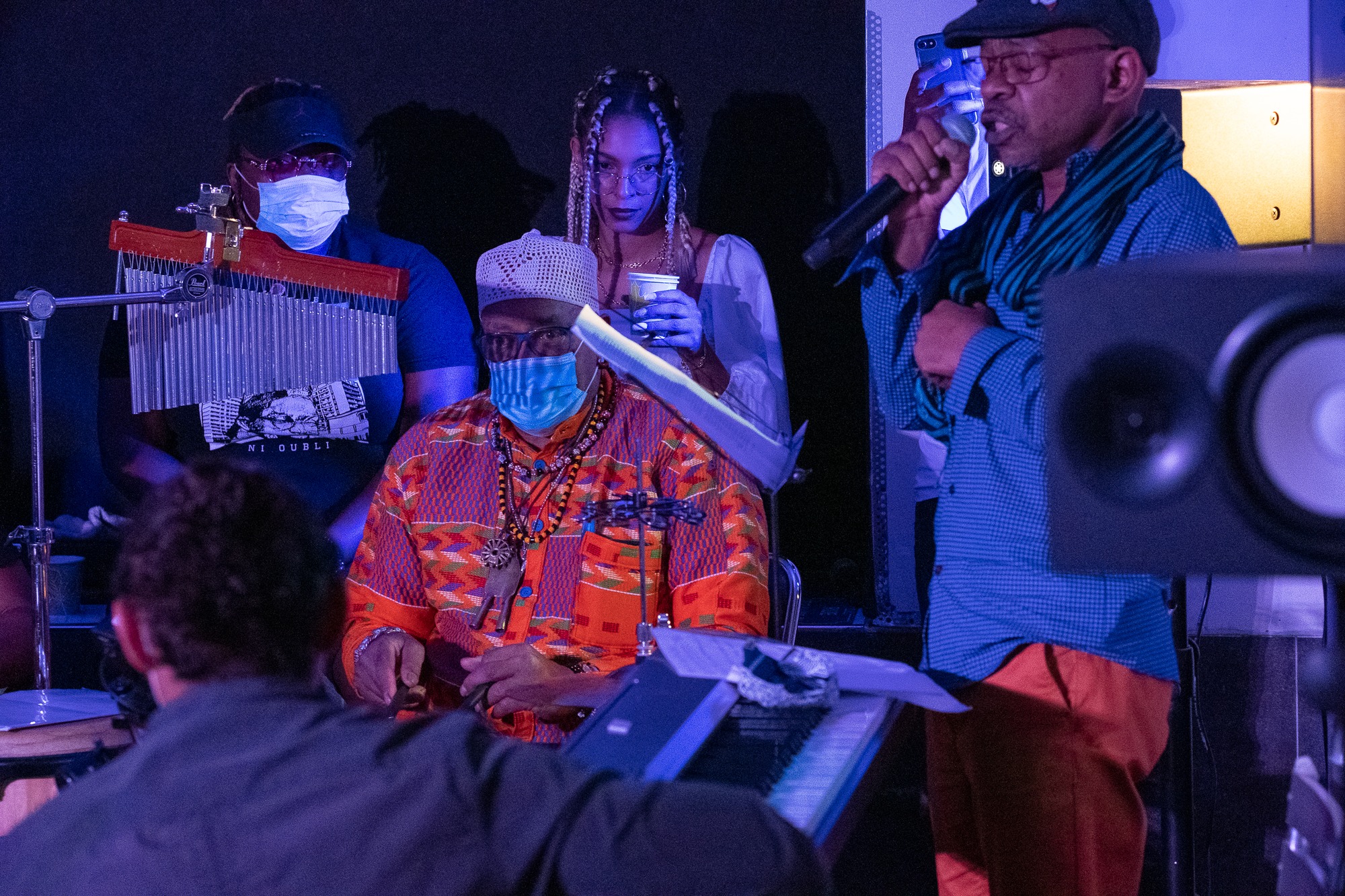 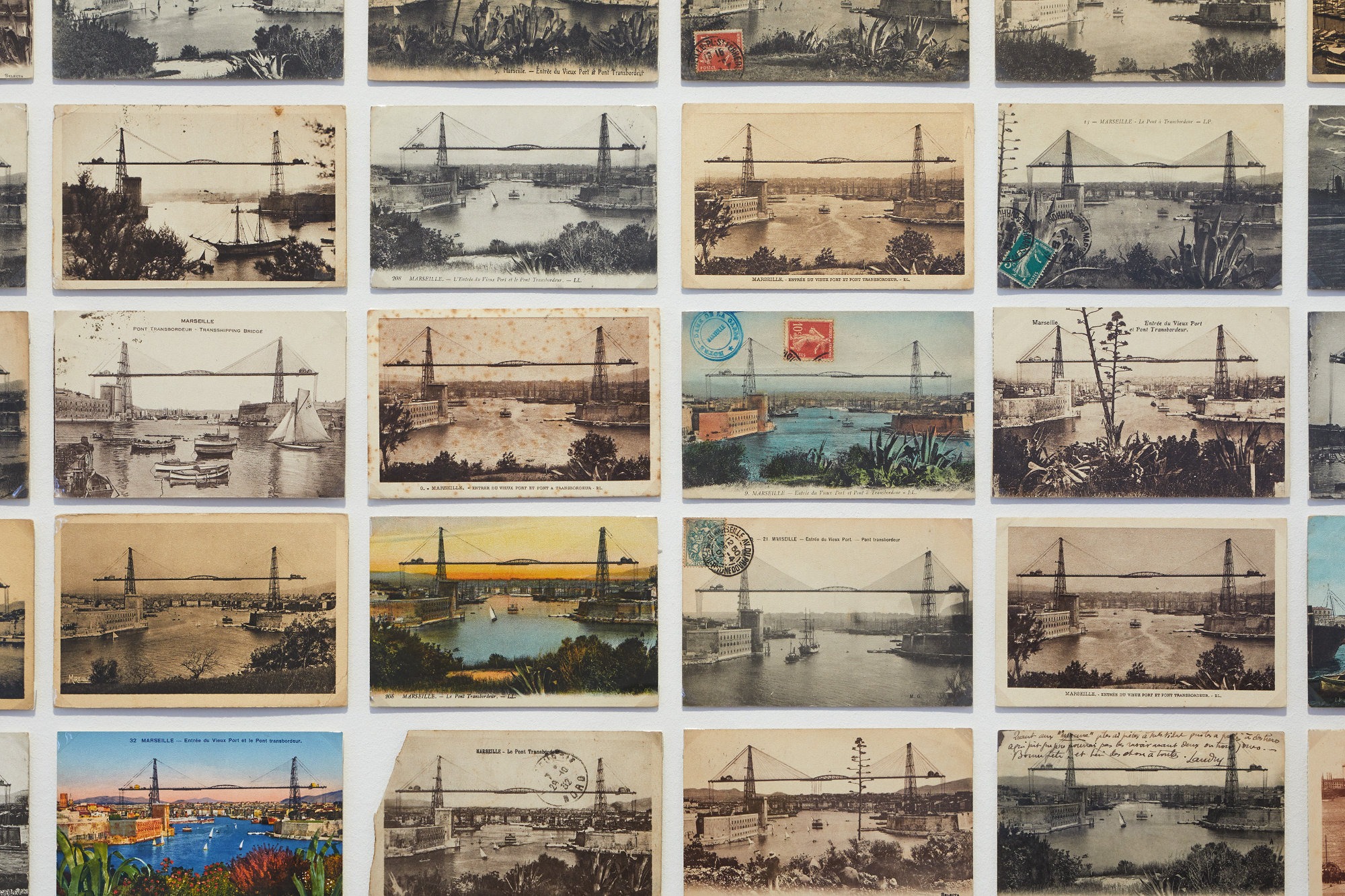 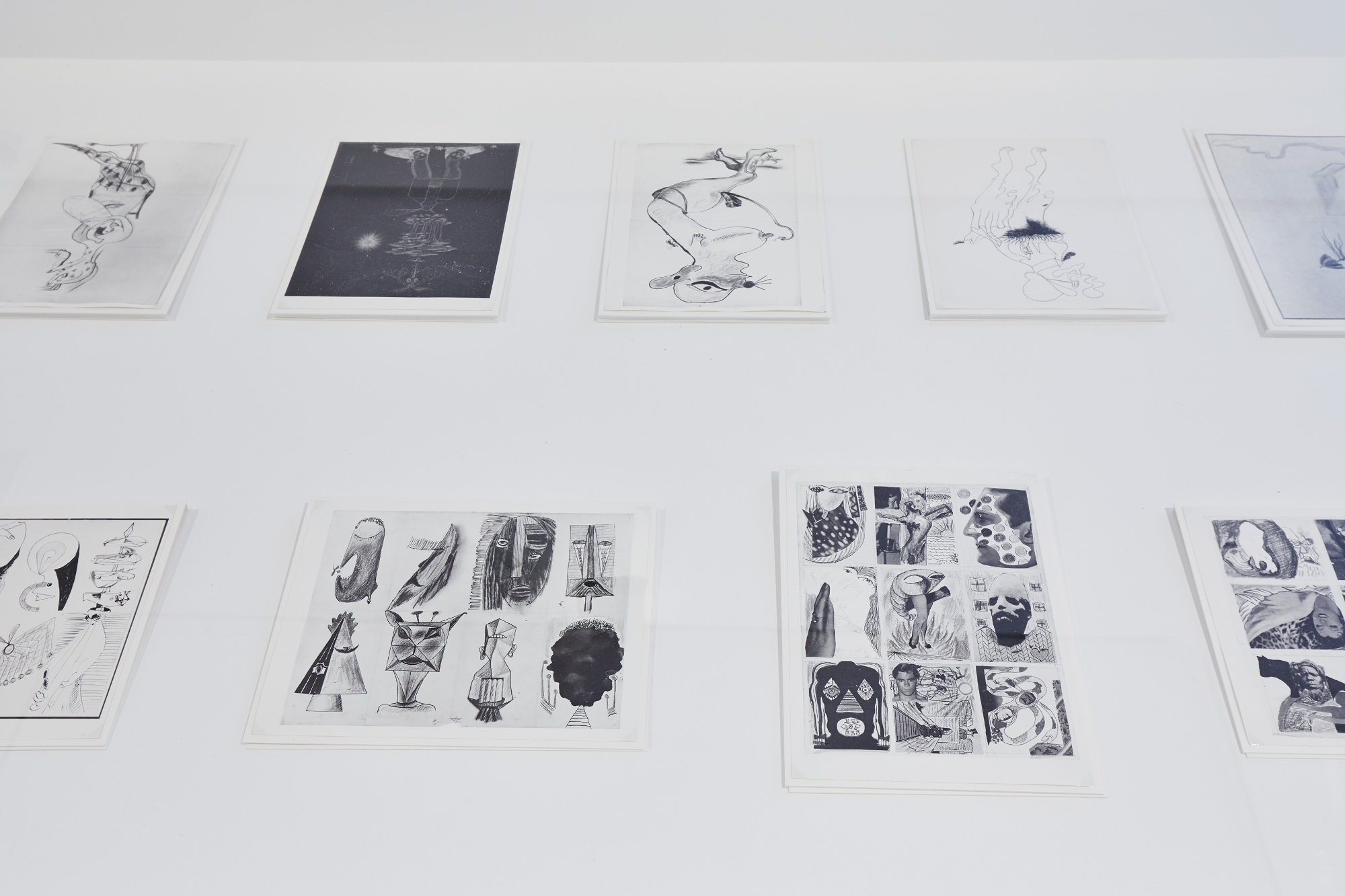 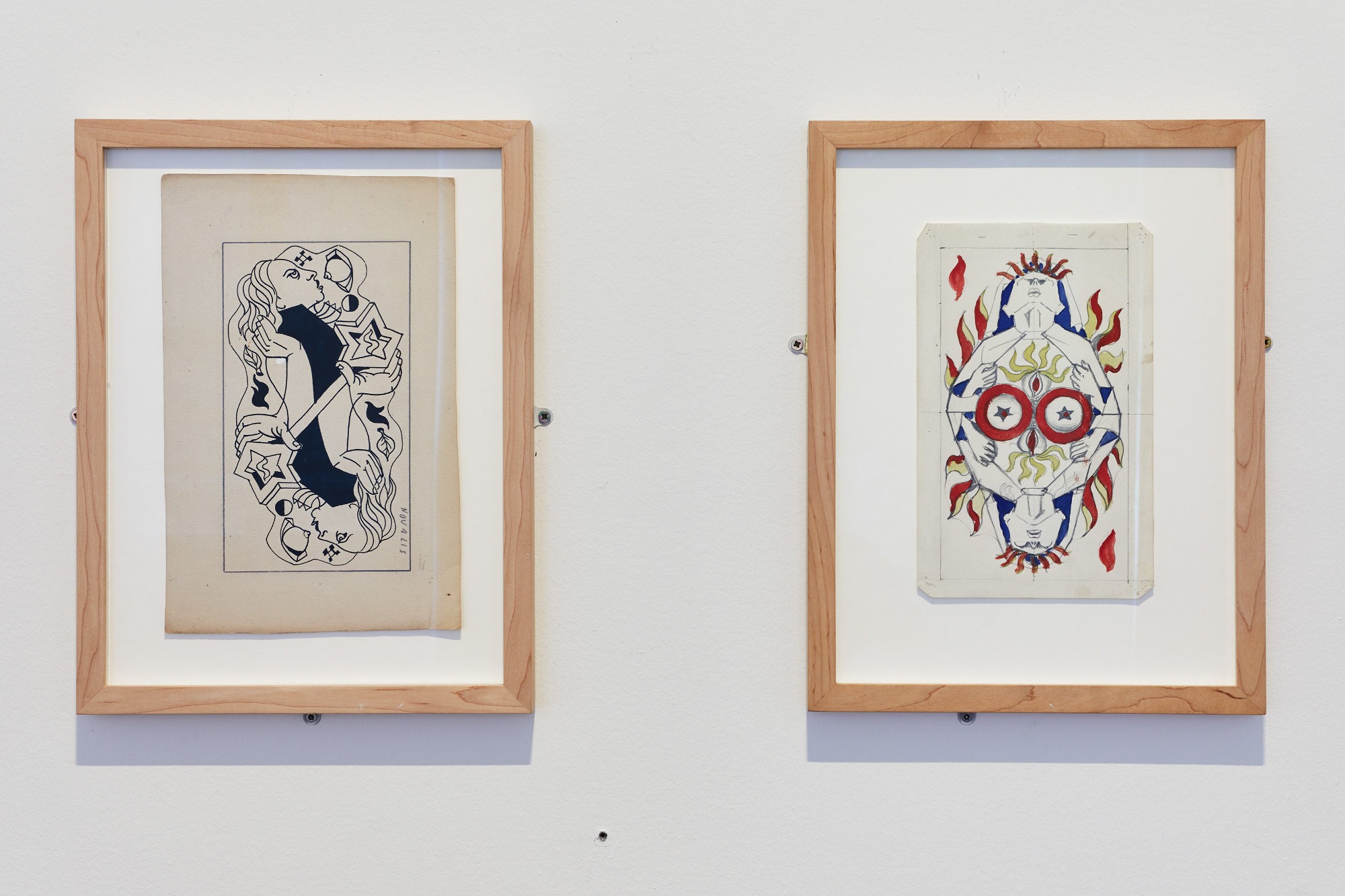 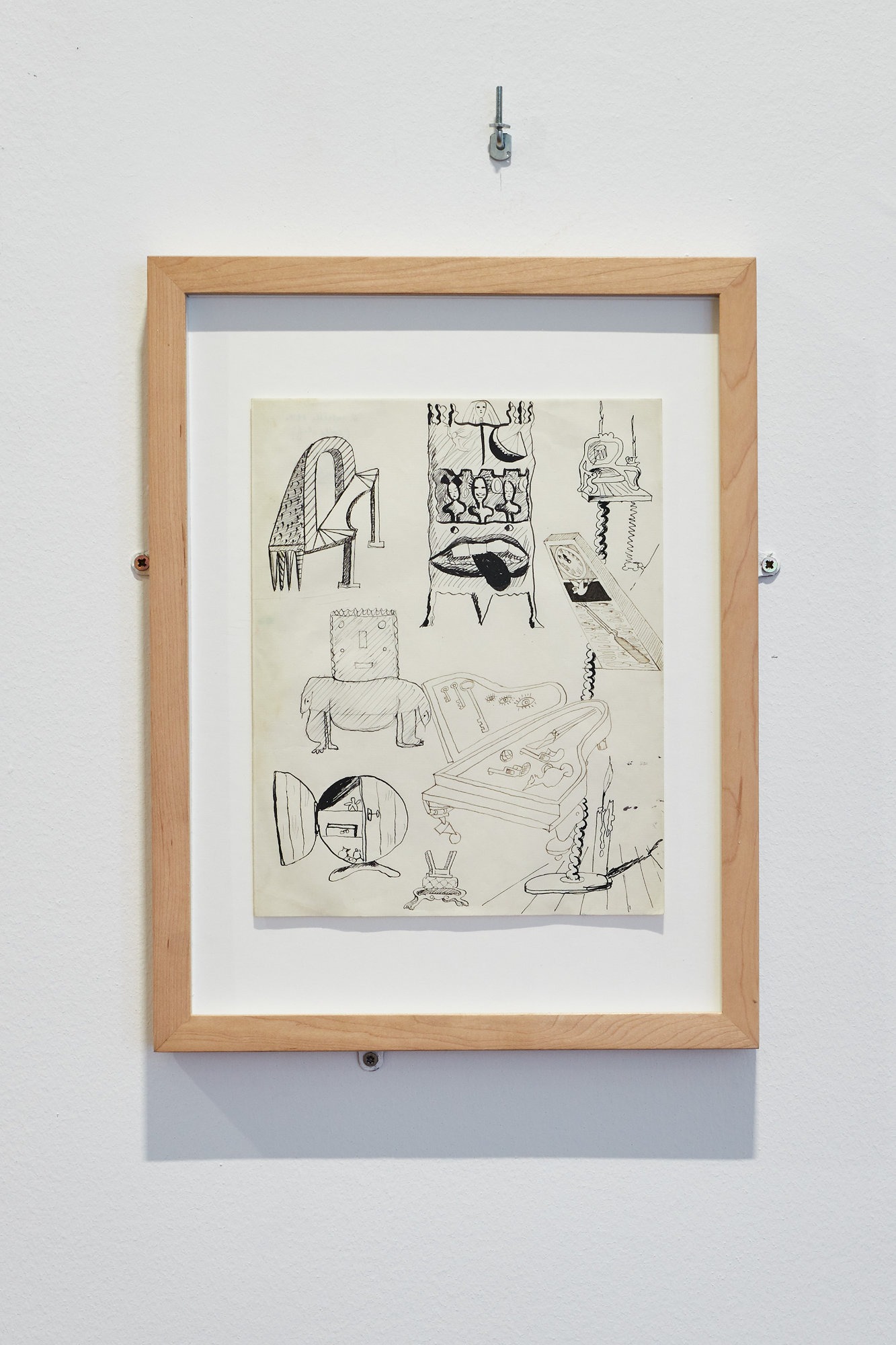 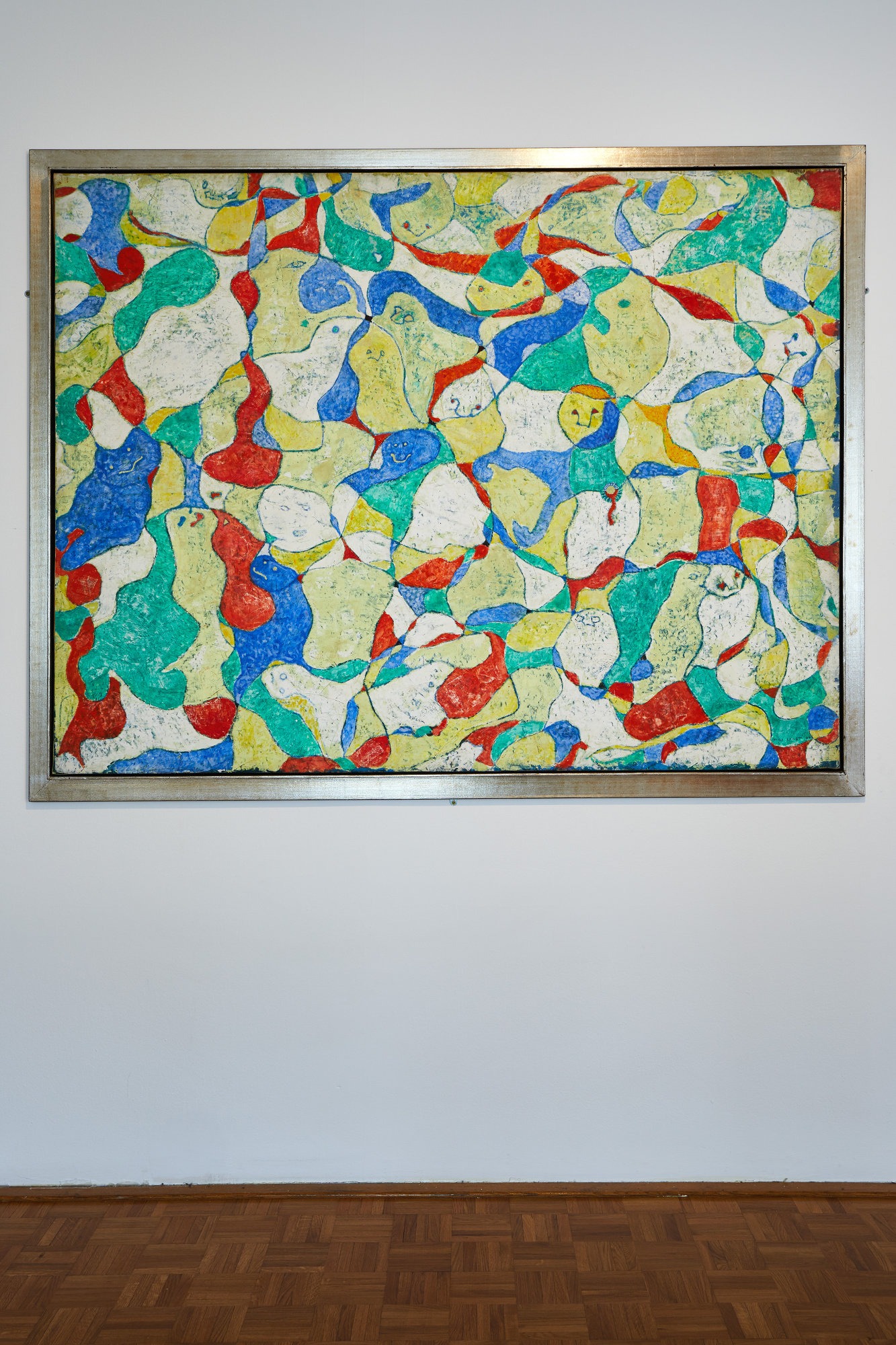 The Artistic Team (Katerina Chuchalina, Stefan Kalmár, Alya Sebti) of Manifesta 13 Marseille’s central exhibition Traits d’union.s announces its 46 participants and an exhibition devised into 6 plots: The Home, The Refuge, The Almshouse, The Port, The Park and The School. These plots will open successively from the 28th of August until 9th of October, after which they will be on view concurrently until the 29th of November 2020.

Marseille is marked by endless transit. It is a continuous site of arrival and departure, providing space for escape and sanctuary. At the same time, Marseille epitomises resistance and has always offered unique moments of tension. Marseille is an exceptional city within the European matrix: the ultimate unresolved city – in perpetual motion, revolving around multiple centres, historic and informal. Marseille’s infinite histories, biographies and stories inform its lenticular existence. Marseille resists any linear categorisation. Marseille has no single identity.

Traits d’union.s proposes new alliances and rehearses new forms of collectivity, within and across Marseille’s existing cultural institutions: By introducing different voices, the artistic team activates the possibilities that these institutions might still hold, temporarily expanding their narratives outwards and inwards, giving way to a more permeable, more open, and more vulnerable conditions.

The exhibition thus proposes new forms of publicness which may leave these institutions better equipped to speak to some of the challenges of the 21st Century:
"We never thought of Manifesta 13 Marseille as a ‘full stop,’ but always as a hyphen, or rather hyphens – as traits d’union.s – a gesture of bringing together. Yet, we find ourselves in a situation where reality amplifies, indeed exhilarates some of our underlying thoughts, dreams and nightmares. Suddenly with all the predicaments of our present moment, you realise the urgency with which art can speak to the uncertainty of our times."

Housing is a major global challenge. For many, it has become increasingly difficult to even have a safe place to live, and virtually impossible to find or own a home. In the age of worldwide mass migration and displacement caused by climate change, war, totalitarian regimes and racism as well as by pollution, urban development and gentrification on a local level, having a home – or just a safe place – is the precondition for rehearsing new forms of communality, equality, dignity, care and love.

In Marseille, traces of the current global and local housing crisis are strikingly present. In recent decades, numerous local associations have campaigned and worked for better living conditions as well as social, cultural and legal rights for migrants. Thus, in Marseille, as well as across the world, the concept of home has been uprooted at the crossroads between displacement and belonging, between nightmares and dreams.

Following the Nazi occupation of France in 1940, communists, jews, members of the resistance, and some of the 20th century’s most prominent artists and thinkers, (Wifredo Lam, Jacqueline Lamba, Victor Serge, Anna Seghers, Hannah Arendt, André Breton, Claude Lévi-Strauss, Marcel Duchamp) sought refuge at a local chateau: Villa Air-Bel, run by the American diplomat Varian Fry. Today, barely anything remains of this former wartime sanctuary, no monuments or reminders. Villa Air-Bel was a safe haven where individuals united in their uncertainty could meet. Suspended in time, they collectively engaged in plays and artistic experiments as a way of dealing with their bleak realities while they awaited their escape to the Americas.

Tracing the migration of forms in everyday objects, The Refuge draws on the delineations between art in public space and art in private lives, between fine arts and decorative arts, between scholarly and popular culture. It suggests perspectives in which art history and contemporary vernacular urban culture can meet on street level. The Refuge is a reminder that the very notion of originality has always been used to devalue and exclude the Other, and that in moments of great uncertainty, such narratives can change course quickly.

Marseille has been formed and informed by a complex history of immigration and migration, departures and arrivals. The Almshouse: The Odd, The Poetic and The Possible looks and, more importantly, listens to Marseille’s multi-layered linguistic landscape. It explores Marseille’s complex culture of different languages and their often competing narratives: the unexpected breaks and occasional poetic connections between “foreign” and “local” languages, the dialects that form and inform the multiple identities of Marseille.

The Almshouse remembers modernity’s history of psychiatric institutions, its relationship to social, political and mental alienation as well as the right to madness. Much like language itself, La Vieille Charité has historically fulfilled multiple confining functions including that of an almshouse, an asylum, a hospital and a cloister. Today, it houses several museums.

This museum is a singular space, nestled between a shopping centre and the garden of vestiges, between the Old Port and the Belsunce neighbourhood. Neither here nor there, it is a space in-between antiquity and a Nike store, in-between preservation and consumption, a space where 2600 years of stories unfold and are told, retracing the crossroads of cultural and urban policies. Cities are spaces of conflict, negotiation, agreement or arrest. Shared public memories have rightly become a contested territory in the tracing and recovery of stories left untold.

The Park: Becoming a Body of Water takes the fountains flanked by two interconnected museums – the musée des Beaux-Arts de Marseille and the muséum d’histoire naturelle – as a symbol of transformation and interconnectedness. Epistemologies of “the south” thus become infused with forms of collective action. The Park investigates the ideological binaries between nature and culture contained in both museums and proposes new interrelations between humans, as well as between humans and other living creatures, celebrating more fluid identities and their bodily alliances of resistance.

—
The School: The Sonorous, The Audible, and The Silenced
Venue: Le Conservatoire National à Rayonnement Régional
9th of October - 29th of November 2020

For two centuries, The Palace of Arts has been home to many of the city’s educational and cultural institutions: museums, libraries, archives, ballets and now a music school. Throughout the building, rehearsals can be heard coming from different rooms and resonating through its walls—at times clearly audible, at others silenced. The School: The Sonorous, The Audible and The Silenced unfolds throughout the neo-classic architecture encapsulating some of its previous functions. Simultaneously charged with the potentialities of all these elements, it is a multi-layered sonic space where works in progress are paralleled by the performance of ostensible virtuosity, underscoring the historical and ideological tensions between the soloist, the orchestra and the conductor.