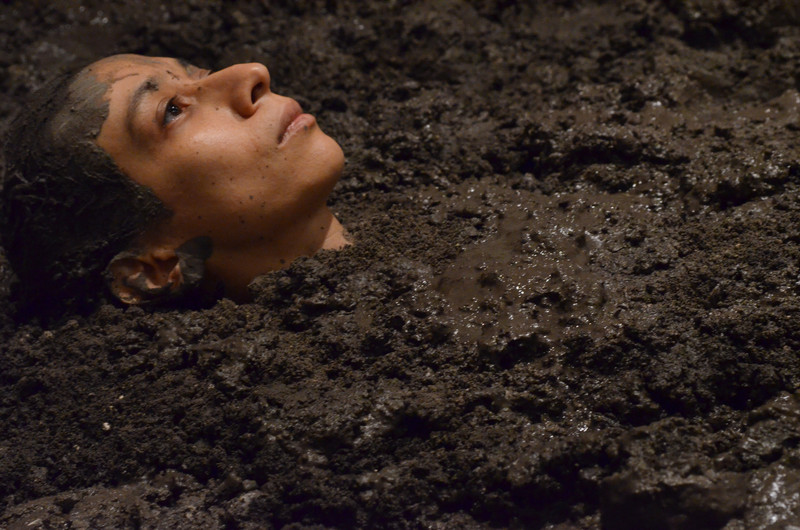 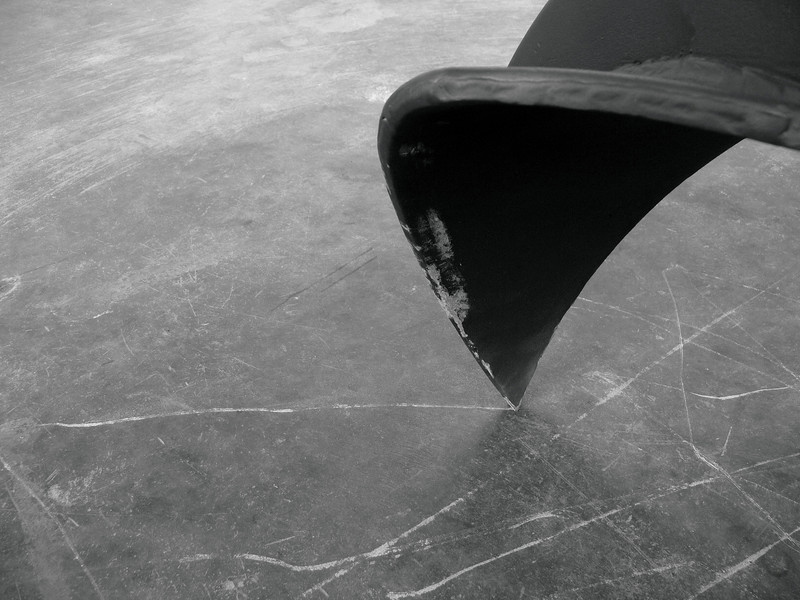 Arcangelo Sassolino,"Untitled", 2006-7; Photo: Fausto Caliari, Federico Perezzani , Copyright the artist, Courtesy Galleria Continua and Galerie Rolando Anselmi
In early 2016 the Frankfurter Kunstverein is presenting two monographic shows with the joint title “Mechanisms of Power”. Chosen works by Guatemalan artist Regina José Galindo and Italian artist Arcangelo Sassolino will be presented simultaneously: associations that arise from juxtaposing facilitate new perspectives on both artists’ works within the course of the exhibition. Depending on different subject matters and marked by distinct practices, Sassolino’s and Galindo’s approaches share the exploration of limitations of art and question art’s role in our society. They refuse to be reduced to a merely symbolic realm and confront their conceptual ideas with social or material realities. While the effects of physical violence and power relations on the body, both the individual and the collective, are a central issue of Galindo’s uncompromising performances, Sassolino’s sculptures are determined by forces that can discharge their potential violence any time.

Starting material of the works by Regina José is her own body, which she utilises in a critical and political way. In her performances, which are documented in photographs and videos, she exposes herself to extreme physical and mental situations. The viewer can sense fear, pain and agony, which call upon a sensation of powerlessness. During her early years of artistic production Regina José Galindo particularly dealt with the socio-political context of her home country Guatemala, a country that is shaped by a long-lasting civil war and ensuing political instability. Subsequently, Galindo’s works investigate universal and ethical repercussions of social injustice, discrimination or shortcomings evoked by disparate power relations. With explicit images she addresses existential borderline experiences like violence and power, life and death as well as loss and grief. Galindo’s politically motivated art particularly focuses on the fight for women, who became victims of ferocious crimes starting with the violent phase of the civil war in Guatemala. By using her body as a metaphorical substitute for those women’s bodies, the effects of political violence through power structures become tangible.

The show at Frankfurter Kunstverein is the first comprehensive exhibition of the artist in a German institution. It shows both current artworks and a significant selection of art works realized in the last years. In addition, Regina José Galindo will act a performance specifically conceived for Frankfurter Kunstverein.

For his sculptures and environmental installations Arcangelo Sassolino uses industrial materials such as steel, glass or concrete and pushes them to the limits of resistance. Under the impact of extreme vigour or violent tension, the materials are carried up to their breaking point, thus pooling physical forces within the sculptures. These forces are affecting the matter, change the sculptures’ forms and create brute noises after moments of static silence. Calculating the change on the one hand, Sassolino otherwise leaves part of the formation process to the properties of the materials. Control and unpredictability fuse in his works and reveal themselves in a range of unusual sounds and shapes. Sassolino’s cross-border investigations always contain the danger of collapse, unleashing the suspense from within the sculpture. This risk becomes an elemental part of the artworks, once it influences their perception. The observer of Sassolino’s experimental arrangements is able to sense the emerging powers such as gravity, high pressure or extreme tension.

Sassolino creates mechanically precise and materially dense sculptures and installations. At the Frankfurter Kunstverein four works will be presented that provide insight into Arcangelo Sassolino’s exceptional oeuvre. The artist will also realize a new piece specifically for this exhibition.