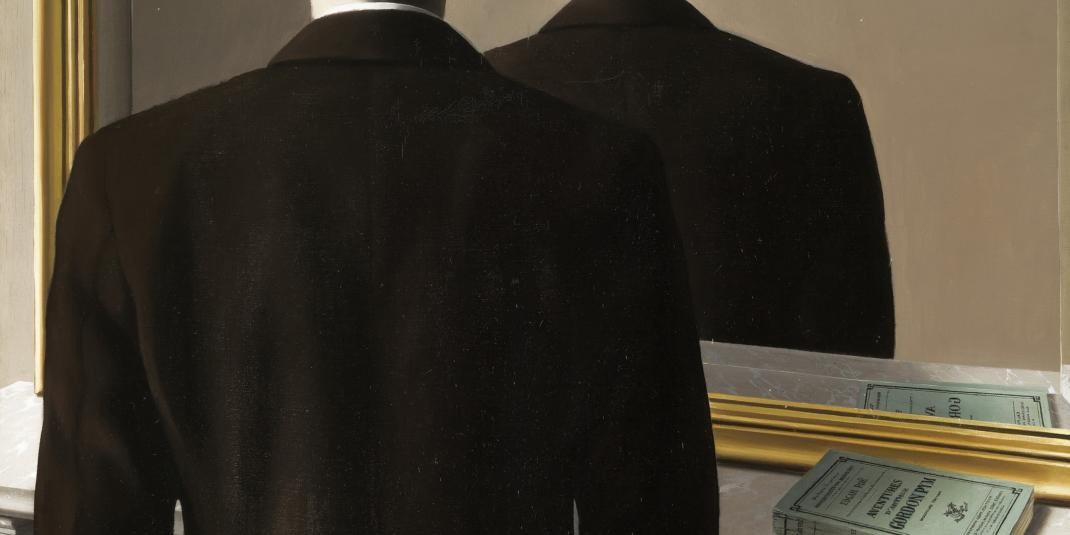 With the major exhibition Dalí, Ernst, Miró, Magritte ... the Hamburger Kunsthalle is presenting more than 180 masterpieces of Surrealism (some have never travelled) from four of the most renowned European private collections of the 20th century. World-famous icons like the Mae West Lips Sofa, the Lobster Telephone and a four-meter-high folding screen designed by the young Salvador Dalí, thought-provoking images by René Magritte like Not to be Reproduced, poetic form-finding by Joan Miró and future-oriented pictorial experiments by Max Ernst.

Famous artworks are featured beside works yet to be discovered, like those by the little known surrealists Leonora Carrington, Dorothea Tanning and Leonor Fini. With brilliant works of all artistic media, the exhibition seduces the viewer, just as the Surrealists sought to do in the 1920s, to enter the fantasy worlds of the subconscious. Until today these works have lost nothing of their shocking and surprising, their humorous and fascinating appeal.

Surrealism, the most influential art movement of the 20th century, thus can be experienced in an unprecedented scope. At the same time, the exhibition, providing insight into the development and quality of four of the most legendary 20th century collections of Surrealism, brings forth a new focus in research: In »surreal encounters« between the works, artists and collectors, the show explores the differences and similarities in collecting behaviour and developments of the art market over a period of 50 years. It allows us to comprehend how and why the collector integrated surrealist thinking into his home, and for the first time illustrates the complex relations of collectors, supporters and artists with regard to Surrealism:

While the eccentric English Poet and commissioner Edward James (1907-1984) and his fellow countryman, the artist and curator Roland Penrose (1900-1984), were supporters and friends of the scene from the earliest, the collections of the Scottish Gabrielle Keiller (1908-1996) and the Berlin collector couple Ulla and Heiner Pietsch, active until today, reveal the lasting allure of Surrealism since the 1960s. The four collections, in parts scattered in all corners of the world, are for the first time being partially reconstructed and compared. They reinforce and complement each other in an astounding way. Precise juxtapositions of works illustrate the different collection emphases and show us how the collectors would integrate the surreal concept of the »wonderful« into their reality as well as the »uncanny« into their home.

The exhibition project of the Hamburger Kunsthalle was developed in a first-time tri-national cooperation with the Scottish National Gallery of Modern Art in Edinburgh and the Museum Boijmans Van Beuningen in Rotterdam. A large number of further international loans from significant European and American museums and private collections allow for this exiting dialogue. The exhibition started in Edinburgh with a considerable media response. The Hamburger Kunsthalle were able to notably expand the show owing to excellent loans of more than 25 additional masterpieces, on view in Hamburg only, including works by Max Ernst, Salvador Dalí and other selected surrealists. Following this, the show will be presented in Rotterdam in an altered form (from 11 February to 28 May 2017).

A richly illustrated catalogue (288 pages) with numerous scholary essays of international Surrealism experts will be published for the exhibition in German and English. It can be purchased for € 30 in the museum shop and is also available online at www.freunde-der-kunsthalle.de.
Accompanying the exhibition, the Hamburger Kunsthalle is also offering a comprehensive and multimedia programme: To give an understanding of the fascinating collector figures, films were specially created; they can be viewed in the cinema room next to the exhibition or online. For the first time, an international surrealist online game was developed specifically for the exhibition, providing an introduction to the surrealist mode of play and thought. It is presented in the vestibule of the exhibition and is available online.

A multimedia guide, scholarly lectures and symposia are part of the well-rounded event programm. The exhibition is accompanied by #SurrealeBegegnungen and by #SurrealEncounters in social media.
CATALOGUE
A richly illustrated catalogue with numerous scholary essays of international Surrealism experts will be published for the exhibition in German, English and Dutch. Accompanying the exhibition, the Hamburger Kunsthalle is also offering a comprehensive and multimedia programme.
Surrealist game

A GAME OF CHANCE, LANGUAGE AND FANTASY

Follow in the footsteps of the Surrealists! Together with other players, create a coincidental sentence and thus make new, strange titles for the artworks. The Surrealists welcomed the role of chance in their work. They played a game called ‘cadavre exquis’ (exquisite corpse), in which each player wrote a line of text or made part of a drawing and then folded the paper over. The next player continued the text or drawing without seeing the previous contributions. The Surrealists used this technique to create surprising, fantastical, chance poems and drawings. Language was important to the Surrealists. They attached great value to titles, many of which did not have a rational connection with the artwork. Be inspired by the Surrealists and create your own irrational titles!
www.hamburger-kunsthalle.de