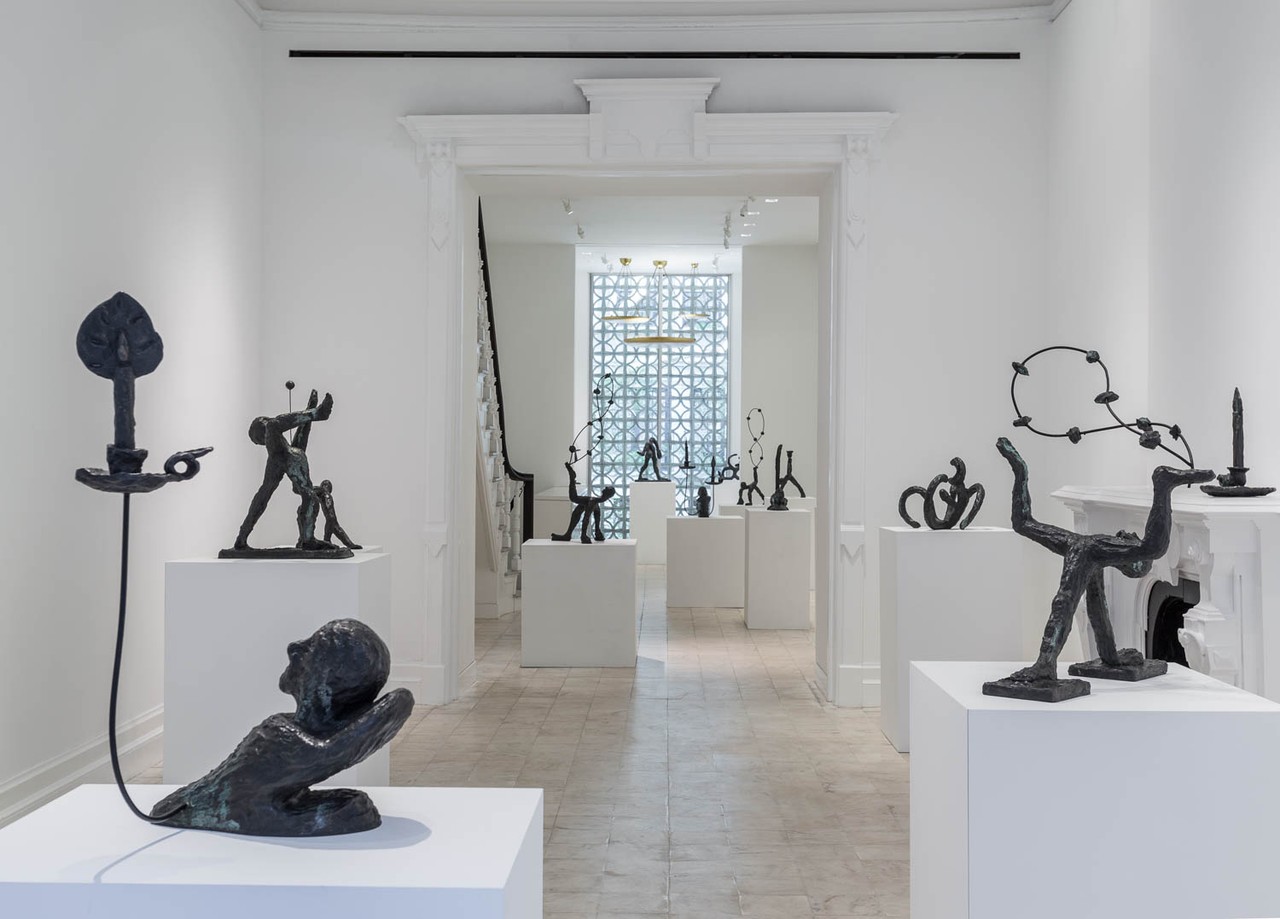 “Of weary days, made deeper exquisite,
By a fore-knowledge of unslumbrous night!”
- “Endymion,” John Keats

Gladstone 64 is pleased to present an exhibition of a new series of cast bronze sculptures by Andrew Lord. The works on view were most recently exhibited as part of the artist’s solo installation on the Bluhm Family Terrace at the Art Institute of Chicago. On unslumbrous night, Lord notes:

This body of work began with an ending, when I left a studio of many years on the Bowery and went to Paris looking for something unknown, because Paris is where I have the clearest memory of finding something unknown in the 1970s. A mural in the Petit Palais, The Hours of the Day and the Night by Paul Baudouin, seemed to describe my search without a clear aim, spent assembling images that described the finality of time and the fragility of the human condition.

Instead of the unknown, in Paris I re-discovered what I’d found there once before; Corot, Monet and Picasso. In particular two paintings by Picasso overwhelmed me: Death of Casagemas and Large Nude in a Red Armchair.

Later, working in New Mexico, trying to make sense of these images, I added what surrounded me there; the night sky, a new moon, a candle and the constellations and I renamed these works ‘unslumbrous night’, which I took from Keats’ “Endymion” because it seemed to describe the sleepless nights and racing thoughts of giving shape and form to these ideas.

One night I awoke to a glowing television screen and the Jack Benny Program to see an astonishing juggler who I discovered to be Francis Brunn. These works are the sum of all these parts: Death of Casagemas, Large Nude in a Red Armchair, the new moon, a candle, the constellations and the German juggler, Francis Brunn.

In conjunction with this exhibition, five of these bronze works will be part of a special two-person presentation featuring Andrew Lord and Amy Sillman at Gladstone Gallery’s booth at TEFAF New York, May 4-8, 2018.

unslumbrous night was created with funds from the Prince Prize for Commissioning Original Work, which was awarded to Andrew Lord and the Art Institute of Chicago in 2017.
www.gladstonegallery.com