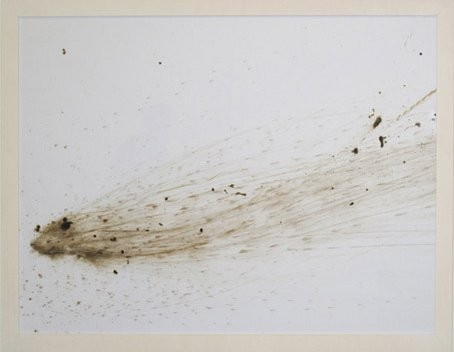 Galerie Nicola von Senger is very pleased to present Arcangelo Sassolino’s second solo-exhibition in Zürich.
Arcangelo Sassolino was born 1967 in Vicenza. The Italian artist’s work focuses on industrial processes and materials. His objects and installations explore mechanical behaviours, materials, and physical properties of force. The solid reality of the objects is subject to forces that question its physical solidity in time and space. These forces are integral to the work and surpass its state of pure “objecthood”. Sassolino’s performative sculptures are not functional, but they function - the functionality is its beauty. And only at the border zones of rational functionality will new connections be developed. It is the nature of Sassolino’s work to create targeted blurring of perception, the formulation of open metaphors, response to stimuli. Condensed within his works is a dynamic that resonates with the fragile conditions we are all surrounded by.
Entering the gallery space, there is almost immediately an anticipation of tension. Figurante (2010), carved from steel is slowly but inexorably biting on a massive bone of a freshly slaughtered ox. It’s a fascinating yet disturbing demonstration that implicates the viewer in the process of machine defeating nature. The violence of the work engages the spectator in an association with art which is not only intellectual but also physical and triggers a sensation of disquietude, even impending menace.
From another corner the sound of an organic and regular breathing can be heard. The construction with its clean and cold surface is pumping air into a common hot water bottle, enabling it to seethe a handicapped life previously unknown to its quotidian one. Unconsciousness (2008) can be understood as a reflection on hospital life. It refers to the state of mind which we attribute to someone in a coma, a vision of time passing in a state that is no longer conscious.
As sub-species to the many machines society relies on, Sassolino’s works seem to live a life of their own, allowing for human control only to a certain extent. It is impossible to express by text, what powerful sentiments visitors may experience. It’s a timeless sentiment closely linked to the existential question, which mankind has faced at any age, at any place, contrasting with the caducity of the moment and the volatility of the present.